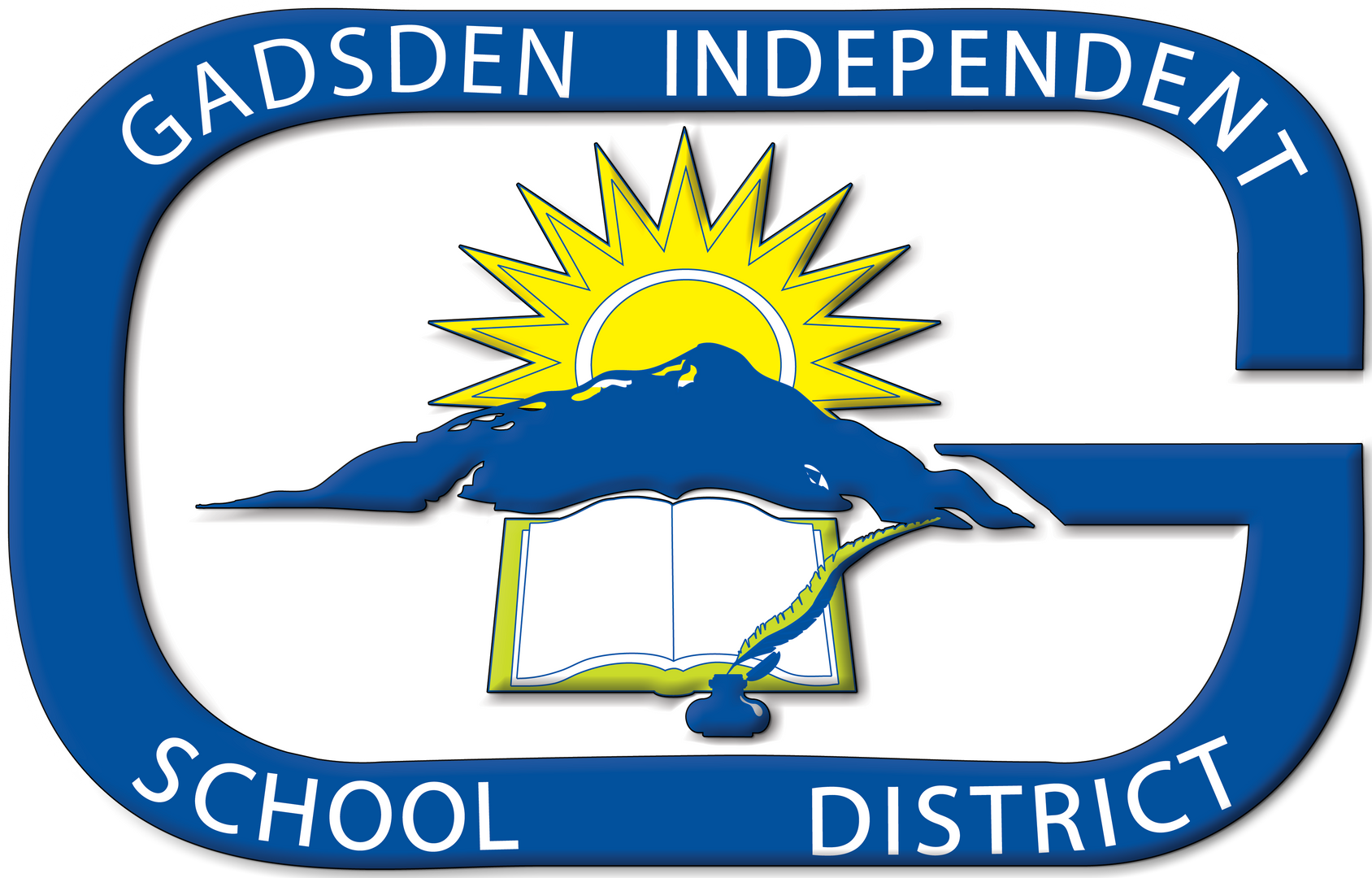 Where two nations, three states and four counties come together for the good of the children. The Gadsden Independent School District consists of twenty-four educational facilities and two administrative facilities, educating the children of southern Dona Ana County and Southern Otero county of New Mexico. Covering an area of 1400 square miles, the district educates approximately 14,200 students in programs stretching from preschool through the 12th grade. With three preschools, sixteen elementary schools, three middle schools and five high schools, the education of the students of southern New Mexico is our primary goal. Welcome to our district, rich in culture and great in education. We hope that your visit will inspire you. We encourage you to visit our schools and administrative facilities to see education in action.

The history of education in the Gadsden Independent School District is a long and complicated subject because it involves the history of twenty-four schools, and reaches from El Paso, Texas on the South to the Mesilla and Mesilla Park Districts on the north. It runs the breadth of Dona Ana County east and west. This gives the district a length of approximately forty miles and a width of about twenty-five miles. The western part includes the ranches on the mesa west of the Rio Grande Valley. It also included the ranches east of the Franklin Mountains in earlier days, but today most of these areas have been taken over by the army. The central part of the district is the fertile Rio Grande Valley, and the entire district lies in the extreme southern end of Dona Ana County, which is also the extreme southern part of New Mexico.

The boundaries of Dona Ana County up to 1851-52 were California on the west, Texas on the east, Texas and Mexico on the south, and Socorro County on the north. New Mexico at that time had only nine counties. Dona Ana was the county seat and is the oldest town in the county. The area east of the Rio Grande was claimed by both Texas and New Mexico, but the Organic Act of 1850 that created the Territorial Government settled this long-standing controversy. The Federal Government paid Texas $10,000,000 for her claim and established the eastern boundary of New Mexico where it now stands.

The region south of the Gila and west of the Rio Grande was also in dispute. James Gadsden of South Carolina had been interested in the area a long time for a railroad that would extend to the Pacific Ocean. He was sent to Mexico as a special commissioner with instructions to settle the dispute by buying the disputed region. On December 30, 1853, Mr. Gadsden and the Mexican government signed a treaty whereby the United States would pay Mexico $10,000,000 for all the land lying north of a line beginning in the Rio Grande River north of El Paso, Texas in 31 degrees 47 feet north latitude, running west one hundred miles, then south to the one hundred and eleventh meridian and then northwest to the Colorado River, twenty miles below the mouth of the Gila River. This is the present boundary of New Mexico. The Gadsden Independent School District lies partly within this purchase which is the source of its name.

New Mexico had one public school in 1847, but there were a few private schools during the Territorial Period. The reason for this was that New Mexico was sparsely settled with great distances between settlements and even greater distances between families at times. Many of the inhabitants were also very poor. Teachers were few and not very well educated.

In 1856, a law was passed to establish a public school system, but it was repealed because the people opposed it. The population had groundless fears of public education because they were already accustomed to church schools.

The second school law passed in 1860 attempted to make the Justice of the Peace responsible for public education and gave him authority to establish and maintain schools. This law allowed a price of fifty cents per month on each child who attended school and it also made attendance compulsory. This too, met with opposition but remained in force with some modifications for the next thirty years.

In 1863, the legislature made further regulations for the "education of all the children within the limits of this Territory as far as the funds would justify." The School Law of 1872 was the first effective school legislation passed in New Mexico and proved to be a stimulus for establishing public schools throughout the territory. It appropriated 25% of the property tax for school purposes, levied a poll tax of one dollar a year for each able-bodied man twenty-one years old, and assigned it for school purposes.